Defending his values until his last breath: Selahattin Demirtas

Selahattin Demirtas, a Turkish Kurd and charismatic leader of the HDP (Democratic Party of the People), the most progressive party of the Near East, has been incarcerated in Turkey since November 4, 2016. Advocate of human rights, he is serving a sentence of 142 ans.

Demirtas’ collection of short stories, Dawn: Stories, written by him in prison, has been translated into English and published by SJP for Hogarth in 2019. It received the prestigious prize, “Montluc Résistance et Liberté.” Sylvie Jan and Michel Laurent, members of the association France-Kurdistan, travelled to Turkey to present the prize to Selahattin Demirtaş’ wife. This they were unable to do, they were arrested and sent back to France.

Our meeting with Sylvie Jan, President of France-Kurdistan:

Would you summarize for us the reasons behind the imprisonment of Selahattin Demirtas ?

Selahattin Demirtas is a thorn in the side of Recep Tayyip Erdogan. In a very short time, he imposed himself on the Turkish political scene as its most charismatic opponent. He represents a political alternative for all of Turkey which has been able to come largely together on universal values such as democracy, ecology, and the equality of rights for Turks and individuals, for men and women. He defines himself as a feminist and was able to break down the taboos in openly supporting homosexuals and transgender people. He was the bearer of hope for all generations because he desires peace and wanted to find a political solution for the Turkish-Kurd conflict. He was arrested after the August 2016 coup d’état, that he had himself condemned, which resulted in tens of thousands of imprisonments in the name of the war against terrorism.

Why do you think you were arrested when you arrived in Turkey, when you were only coming to give the Montluc Prize to Selahattin Demirtas’ wife?

For the 40 hours that we found ourselves in a locked locale in the airport, the police never gave me and my husband an explanation. Friends we have there provided us with a lawyer and it was then we learned that we represented “a threat to public order.” It was ridiculous, but we remembered something. At the time of the preceding election in 2017, my husband, part of a group of international observers, had been checked by the police. Their passports were confiscated for two hours, then returned. We understood that there was a file on him. There is a file today on everyone in Turkey for one reason or another. It’s difficult to imagine, but it’s a society under surveillance, with odious military forces and police, some private militias and informers. If we were Turks or Kurds, we would have gone to prison. As Europeans and French, we are forbidden to be in the territory. I hope that this restriction will be lifted, it is terribly unjust.

What is Selahattin Demirtas’ state of mind now?

His book Dawn, like all his writing, shows a man determined to defend his values - as he says himself - “until his last breath.” Selahattin Demirtas is part of the community of pariahs who pledge their lives to justice and peace. He accepts it with a dignity that commands respect and that has gradually aroused emotion everywhere in the world. He is now on the list of Nobel Peace Prize nominees.

He writes every day and also paints, thus demonstrating a thirst for culture that he draws from the common patrimony of humanity and which remains his link of solidarity with the world from which he is excluded. To write is to turn this time of ostracism into a vibrant period, so as to refuse destruction of consciousness and will. He has no feelings of vengeance and hate, but only a warm desire for solidarity with humanity.

At the time of the recent vote on March 31st, the AKP, the Islamic party in power since 2002, lost some strategic cities like Istanbul and Ankara. How should we interpret this reversal?

Under Erdogan, Turkey has become an autocracy, marked by numerous fascist tendencies. The country finds itself plunged into a very grave economic crisis. The war against the Kurdish people in Turkey and in the North of Syria is ruinous and seemingly endless. Thousands of intellectuals, entrepreneurs, students and journalists have left or are trying to leave Turkey. Society is suffocating. These consequences reflect the deep malaise which the population feels and their aspiration to get out of the mire into which everyone is sinking.

For Erdogan, losing Istanbul and Ankara is a very strong symbolic loss, locally and also from an international standpoint. This reversal is due in part to an electoral tactic by the HDP, which didn’t present candidates in order to allow the opposition candidates to be better positioned, those who had a chance to be able to beat Erdogan. Even if these candidates represented Social-Democrat-Liberal politics, allied with some disreputable nationalists, it was imperative to shake up the autocracy. As Demirtas had said himself: "Vote holding your nose, but go do it.”

The remarkable result of the HDP in the Kurd region, which is up against a terrible crackdown, must also be noted. Despite all their leaders and thousands of militants having been imprisoned, among them deputies, mayors, and thousands of other elected representatives; despite forced displacement, imposed geographic modifications; despite the restrictions of free expression and being able to lead campaigns; despite large-scale fraud, the HDP won back three cities, five provinces and 50 districts. With its system of co-mayors, that is to say a man and a woman with equal power at the head of the town hall, it is the HDP which permitted the election of 58 women in the general context of a decline in their rights and liberties. All the other parties combined only elected one lone woman for all of Turkey.

After 16 years under Erdogan, how do you see civil society evolving?

Civil society has practically been stifled, thousands of associations of all kinds have been closed. Nevertheless, it is not ceding to terror, witnessed by the impressive gatherings in Istanbul and other cities on March 8th. How will it evolve? I can only respond in expressing hopes, and even a bit more, convictions. The road leading out of this nightmare risks being long, but if international consciousness gets involved, if solidarity is expressed in the world, all could accelerate. We will dedicate ourselves to that. It’s why giving the Montluc prize to Selahattin Demirtas is so important. This prize will get to him one way or another. If it isn’t in Diyarbakir, in his city with his wife, it will be in Paris. I hold to my conviction that we’ll soon celebrate his liberation… let’s hope as quickly as possible! 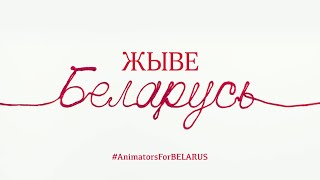