Oleg Sentsov has chosen not to retreat. Freed at the end of August, he is going to alert the world hereafter about the situation of the Ukrainians still held in Russia. There are 86 of them. They are less known than Oleg Sentsov. Although a good number of them are Crimean Tatars, they are considered to be Russian by the authorities.

The filmmaker met Emmanuel Macron in Strasbourg last Tuesday. At a time when the French president has decided to get closer to Russia, the former prisoner reminded him of reality: Crimea is still illegally annexed, the Donbass is at war, and the situation will be blocked so long as Poutin is in power.

Several days later, Oleg Sentsov granted an important interview to the Russian newspaper, Novaya Gazeta. We offer you several extracts, first translated into French, then from French into English:

« Many people say that [my liberation] was unexpected. To me, there was nothing unexpected about it. For five years, from the first day of my captivity, I waited for this liberation. I followed the political situation attentively, especially what the Russian powers were saying, and I saw that everything was heading in this direction. Discussions about an exchange [of prisoners] took place at the end of May, when it became clear that Russia would remain within the European Council and so was ready to forge a dialogue with Ukraine.

I spent nine days in [the Muskovite prison of] Lefortovo, I wasn’t nervous, I slept well. In general, I remained calm, until the moment when I exited the airplane and saw my daughter. »

« During the day, they came to the barrack every two hours to see [if I was all right], and at night, a patrol also came every two hours, and shone a light on my face. (…) They never used physical force against me, but made efforts at every step to humiliate me and to trample my morale.

The problem isn’t the prison, but your interior relationship with it. Prison breaks one of every two men and turns him into nothing. I saw how, in six months, it could completely exhaust a man. Prison wasn’t as hard for me as for others. Maybe I was less impressionable. Maybe I was better prepared. I felt… I wouldn’t say well, but tranquil. There was no catastrophe. As for knowing if the camp experience was bad… I would say that all experiences are good. »

« I have the obligation to speak [of the other Ukrainian prisoners]. I am not a human rights defender, but I am an organizer. I have worked all my life with people, projects and events. I wasn’t attracted by the defense of human rights, but from here on in, I am in the public sphere. Life took me there. I can’t hide myself in the shadows and say goodbye to everyone. I am going to do all that I can for my country to fight Putin’s regime and to support political prisoners. I won’t have time to do very concrete things — participate in media programs or to get involved with individual cases — but I will do it at another level. » 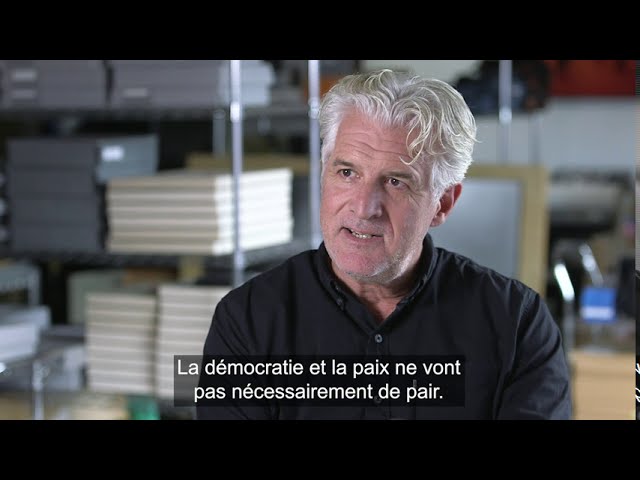